The Ultimate Felony Against Democracy

The Ultimate Felony Against Democracy 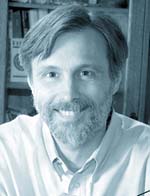 The Ultimate Felony Against Democracy By Thom Hartmann

The hot story in the Blogosphere is that the “erroneous” exit polls that showed Kerry carrying Florida and Ohio (among other states) weren’t erroneous at all—it was the numbers produced by paperless voting machines that were wrong, and Kerry actually won. As more and more analysis is done of what may (or may not) be the most massive election fraud in the history of the world, however, it’s critical that we keep the largest issue at the forefront at all time: Why are We The People allowing private, for-profit corporations, answerable only to their officers and boards of directors, and loyal only to agendas and politicians that will enhance their profitability, to handle our votes?

Maybe Florida went for Kerry, maybe for Bush. Over time—and through the efforts of some very motivated investigative reporters—we may well find out (Bev Harris of www.blackboxvoting.org just filed what may be the largest Freedom of Information Act [FOIA] filing in history), and bloggers and investigative reporters are discovering an odd discrepancy in exit polls being largely accurate in paper-ballot states and oddly inaccurate in touch-screen electronic voting states. Even raw voter analyses are showing extreme oddities in touch-screen-run Florida, and eagle-eyed bloggers are finding that news organizations are retroactively altering their exit polls to coincide with what the machines ultimately said.

But in all the discussion about voting machines, let’s never forget the concept of the commons, because this usurpation is the ultimate felony committed by “conservatives” this year.

At the founding of this nation, we decided that there were important places to invest our tax (then tariff) dollars, and those were the things that had to do with the overall “life, liberty, and the pursuit of happiness” of all of us. Over time, these commons—in which we all make tax investments and for which we all hold ultimate responsibility—have come to include our police and fire services; our military and defense; our roads and skyways; our air, waters and national parks; and the safety of our food and drugs.

But the most important of all the commons in which we’ve invested our hard-earned tax dollars is our government itself. It’s owned by us, run by us (through our elected representatives), answerable to us, and most directly responsible for stewardship of our commons.

About two years ago, I wrote a story, “If You Want To Win An Election, Just Control The Voting Machines,” that exposed how Senator Chuck Hagel had, before stepping down and running for the U.S. Senate in Nebraska, been the head of the voting machine company (now ES&S) that had just computerized Nebraska’s vote. The Washington Post (1/13/1997) said Hagel’s “Senate victory against an incumbent Democratic governor was the major Republican upset in the November election.” According to Bev Harris, Hagel won virtually every demographic group, including many largely black communities that had never before voted Republican. Hagel was the first Republican in 24 years to win a Senate seat in Nebraska, nearly all on unauditable machines he had just sold the state. And in all probability, Hagel will run for President in 2008.

In another, later article I wrote at the request of MoveOn.org and which they mailed to their millions of members, I noted that in Georgia—another state that went all-electronic—”USA Today reported on Nov. 3, 2002, ‘In Georgia, an Atlanta Journal-Constitution poll shows Democratic Sen. Max Cleland with a 49%-to-44% lead over Republican Rep. Saxby Chambliss.’ Cox News Service, based in Atlanta, reported just after the election (Nov. 7) that, “Pollsters may have goofed” because ‘Republican Rep. Saxby Chambliss defeated incumbent Democratic Sen. Max Cleland by a margin of 53 to 46 percent. The Hotline, a political news service, recalled a series of polls Wednesday showing that Chambliss had been ahead in none of them.’”

Nearly every vote in the state was on an electronic machine with no audit trail.

In the years since those first articles appeared, Bev Harris has published her book on the subject (Black Box Voting), including the revelation of her finding the notorious “Rob Georgia” folder on Diebold’s FTP site just after Cleland’s loss there; Lynn Landes has done some groundbreaking research, particularly her new investigation of the Associated Press, as have Rebecca Mercuri and David Dill. There’s a new video out on the topic, Votergate, available at www.votergate.tv.

Congressman Rush Holt introduced a bill into Congress requiring a voter-verified paper ballot be produced by all electronic voting machines, and it’s been co-sponsored by a majority of the members of the House of Representatives. The two-year battle fought by Dennis Hastert and Tom DeLay to keep it from coming to a vote, thus insuring that there will be no possible audit of the votes of about a third of the 2004 electorate, has fueled the flames of conspiracy theorists convinced Republican ideologues—now known to be willing to lie in television advertising—would extend their “ends justifies the means” morality to stealing the vote “for the better good of the country” they think single-party Republican rule will bring.

Most important, though, the rallying cry of the emerging “honest vote” movement must become: Get Corporations Out Of Our Vote!

Why have we let corporations into our polling places, locations so sacred to democracy that in many states even international election monitors and reporters are banned? Why are we allowing corporations to exclusively handle our vote, in a secret and totally invisible way? Particularly a private corporation founded, in one case, by a family that believes the Bible should replace the Constitution; in another case run by one of Ohio’s top Republicans; and in yet another case partly owned by Saudi investors?

Of all the violations of the commons—all of the crimes against We The People and against democracy in our great and historic republic—this is the greatest. Our vote is too important to outsource to private corporations.

It’s time that the USA—like most of the rest of the world—returns to paper ballots, counted by hand by civil servants (our employees) under the watchful eye of the party faithful. Even if it takes two weeks to count the vote, and we have to just go, until then, with the exit polls of the news agencies. It worked just fine for nearly 200 years in the USA, and it can work again.

When I lived in Germany, they took the vote the same way most of the world does—people fill in hand-marked ballots, which are hand-counted by civil servants taking a week off from their regular jobs, watched over by volunteer representatives of the political parties. It’s totally clean, and easily audited. And even though it takes a week or more to count the vote (and costs nothing more than a bit of overtime pay for civil servants), the German people know the election results the night the polls close because the news media’s exit polls, for two generations, have never been more than a tenth of a percent off.

We could have saved billions that have instead been handed over to ES&S, Diebold, and other private corporations.

Or, if we must have machines, let’s have them owned by local governments, maintained and programmed by civil servants answerable to We The People, using open-source code and disconnected from modems, that produce a voter-verified printed ballot, with all results published on a precinct-by-precinct basis.

As Thomas Paine wrote at this nation’s founding, “The right of voting for representatives is the primary right by which all other rights are protected. To take away this right is to reduce a man to slavery.”

Only when We The People reclaim the commons of our vote can we again be confident in the integrity of our electoral process in the world’s oldest and most powerful democratic republic.

Thom Hartmann ([email protected]) is a Project Censored Award-winning best-selling author and host of a nationally syndicated daily progressive talk show thomhartmann.com. His most recent books are The Last Hours of Ancient Sunlight, Unequal Protection: The Rise of Corporate Dominance and the Theft of Human Rights, We The People: A Call To Take Back America, and What Would Jefferson Do?: A Return To Democracy.