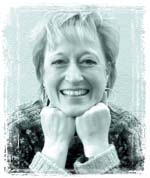 I was long a believer of the notion: if you believe in a system but disagree with the way it is working, get involved and proactively take steps to create positive change. THEN I spent five years working as an Oregon state government employee, and it was the education of a lifetime. I still believe that we, as citizens, can affect the system … but I now know first-hand that the system—by virtue of its fundamental definition—vehemently resists change of any magnitude.

It can be said that life revolves around two basic bodies of truth: BIG ‘T’ Truths, or holistic tenets that survive debate and cross boundaries of religion, education, geography, gender or economy—and small ‘t’ truths, which are often unspoken, always specific to environment, and dependably rigid “rules of the road” that serve to create both stability and security.

In my five years in state government, here are a few of the basic things I learned about how these two bodies of truth relate to the bureaucratic system:

Government is essentially a “small ‘t’” system; to ensure survival of the system, bureaucracy acts swiftly to suffocate “BIG ‘T’” notions at birth.

Just as individual efficiency can threaten the broader system’s sense of competency, so an individual who references broader ‘T’ruths can cause panic in a system whose security is deeply rooted in its web of survival/stability ‘t’ruths. So long as you have power (i.e., connections, money or both), you may operate within the government system virtually free of the same standards to which others within or without the system are publicly held. Even if you are a have-not within the system, you can advance your career so long as you (at least superficially) placate the have’s and fulfill even potentially questionable directives without any flicker of individual intelligence or ethics. Any potentially inflammatory situation can usually be rendered irrelevant or benign by purifying the paper trail that constitutes the official public record.

My education at the government trough leaves me mourning the death of a cherished belief I had held since being part of an historical generation of 18-year-olds first given the right to vote in these United States. It was the notion that I actually could make a positive difference in the political system by becoming involved. Cherished beliefs are best put to the test, and mine went through trial by fire that reduced them to a pile of ash. I’ve emerged with incredible personal clarity.

I’ve learned that government is an institution established to conform to and fulfill the edicts of a higher power. In Oregon, that higher power is our governor; at the federal level, it’s our president … a man in these days and times who believes himself to have a direct private line to the ultimate Divine Higher Power. (How scary is that? And from that position of fanaticism he denounces extremists of faiths that don’t brand themselves with him or his self-righteous god.) Because of the inextricable fact that government revolves around the higher power, a system of binary exchanges is quietly and organically triggered; a toggle is constantly tripped between majority and minority, good and bad, punishment and reward, black and white, off and on, zero and one, funded and unfunded, right and wrong. These dichotomies are systematically borne out with strict rigidity. Simple example: the government system defies anyone to actually move beyond the toggle-polarity of Democrat or Republican to an effective, functional multi-party system.

And at the end of the day (the campaign, session, the career, etc.), the institution’s higher power cranks out messages that give assurances to the broad public that it has successfully punished bad people and that eventually—some day, if you follow system rules—good works will be rewarded by the same system that is punitive on a daily basis to evildoers.

Insert me into the midst of that governmental system, and it’s like introducing mind-blowing psychedelic hues into a black and white system virtually intolerant of color. Candor and curiosity spell doom in a clandestine “small ‘t’ truth” system. The system demands stability, order and obedience without question. Over my lifetime, I’ve developed a personal credo based on creating heightened awareness, building alliances that advance a greater good, responding to human need, inviting diverse voices and viewpoints to participate in any critical discussion to ensure that outcomes are balanced and well-informed, and—at all phases of any process—actually telling the truth.

The unintentional catalytic effect of my presence within state government snapped system power players into reactionary overdrive—behaviors that could only be described as absolutist, punitive, exploitive and egocentric. I couldn’t be suffocated at birth (it’s years too late, I’m afraid …), so the natural order of the system organically buffered itself against the irksome irritation of this chafing blonde kernel of sand to bring an end to my horrifying questions. While my sole intention was to seek clarity in order to improve system processes, all those with an insider’s track to the system’s unspoken rulebook knew that my simple queries constituted things that must never be uttered aloud if the system was to survive. Candid, non-scripted questions pose a threat. Questions as well as their respective responses must be predictable and hold no surprises. They must be formulated for the sole purpose of preserving the stability of the system and reinforcing the system message. I somehow completely missed the basic rule orientation. Sigh.

In early 2004, the office of Oregon’s higher power was already hunkered down in a campaign to save face—embroiled in protecting itself from a pocket of virulent pus that took the human form of a wealthy, powerful long-time political friend who harbored a dark past now publicly exposed for the first time. Coincidentally, it was during this window of higher power vulnerability that I stumbled upon unrelated but astonishingly questionable anomalies, and proceeded to ask candid questions that threw the system into red alert. Protection from any further damage was the system’s prime directive. Protection at all cost is an essential element of a “small ‘t’ truth” system.

Phase I activities began. Prominent system appointees whose closets hid yet unpublicized bundles of soiled system laundry were quickly and quietly moved aside to protect the system from public scrutiny.

Phase II followed. In spite of the speedy shell game, danger was high from abundant first-hand information known by too many system occupants lacking system-valued power (i.e., connections or money). As a result, these individuals could not be trusted without some proof. It was essential that the system divide to conquer. Those who were easily intimated were effectively isolated and neutralized—hushed by overt threats. Those who were purchasable were promoted despite the reality that they virtually lacked credentials rightfully entitling them to their new positions of favor.

Phase III quietly swept aside the remainder. The few who knew they had seen a cesspool, who continued to directly call it a cesspool when questioned by system-appointed inquisitors, and who repeatedly asked when the system would clean up the foulness of the cesspool—those final few found themselves removed from the system. A creative system paper trail neutralized any backlash.

In this odd stair-step preservation effort, decades of institutional memory were thrown away overnight and both the definition and framework of ethics rewritten. A former administrative assistant was promoted to state agency business manager—despite a virtual lack of necessary education, natural skills or relevant experience. A program manager who in two years time had not successfully completed one single project was shuttled into the position of interim agency director. Voila! Rewards from the system for conforming to the edicts of the higher power.

In this multi-phase system protection shell game, my position within state government was abolished. Despite my increasing cynicism, I’ll admit that I was surprised. I had continued to cling to my final surviving belief, that at the core of the system—even though I couldn’t see it no matter how hard I squinted—some elemental form of basic honesty simply had to exist. Instead, the hard cold facts reinforced the reality that system honesty is based on nothing more than canned speaking points and that no fear of the law can exist when those within the system perceive themselves to be above it. (Case in point: former State Representative Dan Doyle, R-South Salem. Enough said.)

Imagine my surprise when I heard that the official word following my departure due to position abolishment was that I had “voluntarily chosen to be laid off despite being offered three other positions within the agency”. I was far too familiar with the system-speak to be upset, and this was system “truth” at its finest! Turned down three other positions in the agency? I had indeed been offered the opportunity to apply for three other positions within the agency—receptionist, maintenance worker, or planning engineer (this after being public information officer/legislative coordinator)—but quickly responded that I didn’t believe myself to be qualified for any of those positions so that they should not expect to see my application. (Strangely, this moment constituted the first time in state government experience that I responded perfectly according to unspoken script.) It was an absolutely perfect ending to a largely abhorrent experience.

Take careful note of this simple irony: The official statement issued around my departure from state service was not true, but it was also not UNtrue. This critical nuance is key to understanding government systems.

And I came to realize that, short of a full-fledged, well-funded revolution, I was virtually powerless to create meaningful, positive change within the state bureaucratic system. Write it on my tombstone someday: At the point of her mid-life, she realized she wasn’t willing to die on her sword of idealism.

Through the course of my five-year, in-the-trenches education feeding at the government trough, I had the good fortune to stumble upon the writings of a fabulous British philosopher/writer, a man who advocated for limited government throughout the course of his lifetime (1916-1967). Sir Ernest Benn wrote these exquisite words: Politics is the art of looking for trouble, finding it whether it exists or not, diagnosing it incorrectly, and applying the wrong remedy.”

Carolyn Bolton has lived in Salem for 32 years and is sole proprietor of a consulting business that specializes in communication, public relations and mediation. You may write her at: [email protected]