Servant of a Transformed Future By Andrew Harvey

Servant of a Transformed Future By Andrew Harvey 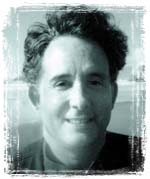 Servant of a Transformed Future

A Meeting with Bede Griffiths

It is early December 1992. I am sitting with the eighty-six-year-old Catholic monk and mystic Father Bede Griffiths in his hut in the South Indian morning waiting for an Australian crew, who is making a film of his life, to arrive. I am the host of the documentary. For eight marvelous days, Bede and I have been talking about God, the Church, the World’s mystical traditions, and the various stages of that search for truth that brought him to India forty years before.

Bede paused suddenly (we had been talking about his early love of the romantic poets) and then said, quietly and intensely, “you know, of course, Andrew, that we are now in the hour of God.”

Although it was a warm, fragrant morning, I shivered.

“I mean that the whole human race has now come to the moment when everything is at stake, when a vast shift of consciousness will have to take place on a massive scale in all societies and religions for the world to survive. Unless human life becomes centered on the awareness of a transcendent reality that embraces all humanity and the whole universe and at the same time transcends our present level of life and consciousness, there is little hope for us.”

His calm, measured, aristocratic voice made his words all the more arresting. Bede coughed and gazed at his fine, strong, bony hands.

“Very few people dare to face how extreme and decisive the situation has now become. The churches and religions are fossilized in their old dogmas and divisions. What I see of the ‘New Age’ on my travels in America fills me with some hope, but I am aware of the naivete and escapism of a great deal of what passes for spirituality in it. Very few people are prepared to look without illusion at our time and see it for what it is—a crucifixion on a worldwide scale of everything humanity has expected or trusted or believed in every level and in every arena. To look like this requires a kind of final faith and courage, which few have as yet. You and others like you will have to live and write in such a way as to help people to such a faith and trust.”

I had never, in all the many hours we had spent together, heard him speak so nakedly and darkly about the future of the world, and I knew him well enough already to that he never said anything without deep purpose.

We sat together in silence, absorbing the pain and challenge of his words. Then I asked, “ Do you think humanity can get through?”

“Of course,” he said immediately, his voice strong, “but it will cost everything. Just as Jesus had to go through death into the new world of the Resurrection, so millions of us will have to go through a death to the past and to all old ways of being and doing if we are going to be brought by the grace of God into the truth of a real new age. The next twenty years will unfold a series of terrible disasters, wars, and ordeals of every kind that will reveal if the human race is ready to die into new life or not. I have no idea of what the outcome of the savage period we are entering will be. There are many prophecies in many mystical traditions that speak of the horror of this time, but they disagree as to what will happen. This I think shows that either total destruction or total transformation is possible and depend on us, on what we choose, and how we act.”

Bede paused again, turning his head to look at me directly. “I know for certain only two things about the time we are about to enter. The first is that it will see on every level a ruthless battle between those forces that want to keep humanity enslaved to the past—and these include religious fundamentalism, nationalism, materialism, and corporate greed—and those forces that will awaken in response to a hunger for a new way of living and of doing everything. The second thing I know—and I know this from my own inmost experience—is that God will shower help, grace, and protection on all those who sincerely want to change and are brave enough to risk the great adventure of transformation.”

Very softly, Bede added, “God, I believe, wants a new world and a new humanity to be born from what is about to unfold. Whether we really do or not and whether we are prepared to pay the price and accept the responsibility for changing, I do not know. You, my dear Andrew, and your generation will find out. Wherever I am, I will be with you, and praying for your courage and strength.”

That was in 1992. The world is now plunged in that “hour of God” of which Bede spoke so starkly. The “disasters, wars and ordeals” that he foretold from the calm of his Indian hut rage around us. Fundamentalism is on the rise everywhere and terrorism has increased to an unprecedented level, creating international instability that could have incalculably horrific consequences. And the squalid failure of recent international summits have revealed, yet again, how little resolve the so-called civilized world can muster to deal with the now potentially terminal state of the environment.

From all sides, the news is bad, very bad. World population now stands at 6.1 billion (already 2 billion more than experts of sustainable growth recommend). By 2050, it could expand as much as 50 percent, to 9.3 billion, overwhelming even the best-intentioned international plans to adjust poverty levels and share resources. In a world in which parts of the West live in a high-tech luxury unimaginable even when I was speaking with Bede in 1992, a staggering 2.8 billion people live in conditions of squalor and disease and deprivation of every kind on less than two dollars a day. Air, sea, and land resources are being used 20 percent faster than they can be replenished—and this according to the conservative estimates of the World Wildlife Fund. The Arctic and Antarctic ice caps are melting, and according to many experts, global warming is proceeding even faster than the most depressed doomsayers of the 1980s and 1990s forecasted. About 1.1 billion people lack access to safe drinking water, mainly in Africa and Asia.

It has never been clearer that the “vast shift of consciousness on a massive scale” that Bede Griffiths called for is humanity’s last hope. Without such a shift and a radical new openness to divine wisdom and guidance, all the solutions we propose to deal with our increasingly overwhelming problems will be crippled by the very assumptions that created the problems in the first place. The human race has been brought by its own inner destiny and by God to a place where it must leap into a new kind of being or be destroyed by the folly of its own greed and ignorance. Anyone who sees this clearly has no option but to do everything in his or her power to transform themselves enough to be really and radically useful, to go through the “death” to the past that Bede spoke of, and be reborn in the new consciousness that the Divine is trying to birth everywhere, whatever the price.

I have found in my own struggle to change and be changed that my chief sources of inspiration have sprung from the mystical traditions of the past. In their great scriptures and practical technologies of transformation, I have found at once a noble vision of human-divine identity and the means to realize and embody its truth and power in reality. From them, I have drunk the wines of fearlessness and ecstasy and slowly learned how, again and again, to risk everything and to welcome the deaths that transfigure and empower. They have taught me rigor and illusionless hope and the courage to endure in joy.

At the end of my conversation with Bede Griffiths that morning, in 1992, I asked him, “Do you sometimes wish you had been born in easier times?”

He gazed at me in genuine astonishment and then a beautiful smile lit up his face. “Good heavens, no!” he said. “An age like this compels you to be serious about God and change. One thing I have learned again and again is that whatever God brings you to, God will bring you through—if you love, surrender, give, risk, and open yourself enough.”

May we all “love, surrender, give, risk, and open enough,” and in time!

Andrew Harvey is author of numerous books on spirituality, including “The Way of Passion”. This article originally appeared as a forward to his book, “A Walk with Four Spiritual Guides, Krishna, Buddha, Jesus, Ramakrishna,” published by Skylight Paths Publishing (www.skylightpaths.com)

Andrew will present the workshop “Direct Path Yoga: The Sacred Marriage of Yoga and Mysticism” on May 27 - 30 (Memorial Day) at Breitenbush Hot Springs Retreat Center. For more information or to pre-register, call 503.854.3314, or visit www.breitenbush.com.