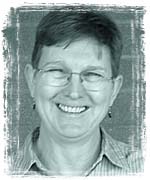 I’m living on the edge, though it may not be evident at first glance. Some people do it with flamboyance and risk.

I do it with cohousing.

Cohousing blends the privacy of single-family homes with social interaction and shared resources, centered around a common house. It’s a place where children can play under the watchful eye of many neighbors, whose private residences face a central green or courtyard area. The arrangement encourages residents to interact more frequently and look after one another.

It sounds pretty idyllic, but cohousing has its challenges.

Patience is more than a virtue in cohousing; it’s a necessity. These communities are created, not just moved into. Cohousing developments can take three to eight years to fully materialize. As another writer described it, “In cohousing, everybody knows everybody long before they move in.”

The East Portland Cohousing group, which my partner, Mary Anne, and I joined two years ago, has been working at community for nearly three years without any immediate prospects of land, let alone dwellings to move into. Consultants tell us that we’ll need 30 to 40 households to make our dreams financially viable. To date, there are only eight of us, representing six households. Roughly an equal number of people have expressed serious interest in joining us. Yet we persist in our efforts and, having bonded with one another in the process, are more determined than ever to live in community.

Patience doesn’t come easily to me, but I’m learning.

The term “cohousing” was coined by Kathryn McCamant and Charles Durrett, architects who encountered these unusual communities while studying in Denmark in the early 1980s. Many Danes had found something lacking in their single-family existences. They wanted more connection with their neighbors, to recapture some advantages of traditional, extended family village life, but within the context of their modern lives. McCamant and Durrett distilled their experience in their 1988 book, Cohousing: A Contemporary Approach to Housing Ourselves.

North America embraced cohousing with gusto. By 1991, the first community, Muir Commons, in Davis, California, was completed. Today over 100 cohousing communities across the U.S. and Canada are in various stages of development, and more than 75 are finished and occupied.

Though not ideologically driven, cohousers tend to share some values. Collaboration based on consensus is the hallmark of community governance. For three years East Portland Cohousing’s members have been learning to be in community, with both our shared ideals and our many differences.

We range in age from our mid-thirties to late-fifties, and are singles and couples—both same-sex and opposite-sex—with and without kids at home. We are students, professionals and retirees. Our politics seem similarly progressive, but our life experiences and worldviews differ enough to generate considerable discussion and, sometimes, overt conflict.

The process of resolving conflict and reaching consensus can be tedious. The “democracy” that we learned in school—the “majority rules” model—hasn’t prepared us to work toward solutions that we can “live with” because they are in the best interest of the community as a whole. Learning to value win-win solutions over the “thrill of victory” takes some practice.

In cohousing, I struggle to grasp—at deeper levels—many of the communication skills I teach students in my college human relations courses. I believe passionately in the idea of a common good, yet my personal habits and style of interaction frequently belie more selfish “instincts.” I can get angry with my fellow cohousers and am sometimes tempted to just shut them out. But we’ve made a commitment to be together in community, not to walk away or shun each other as we might a bothersome neighbor in a more typical neighborhood.

Some of our group’s most trying conversations involve our differing definitions of such shared values as diversity and affordability. Though diverse in age, sexual orientation, religious/spiritual practices and economic status, we are all white, as is much of Portland. We’re constantly challenged to reach beyond the familiar and find avenues to attract the more racially and ethnically diverse group of potential neighbors we desire.

I grew up in a white middle class suburban neighborhood. Like most people I know, I take comfort in familiarity. The tension between a comfort-seeking temperament and justice-seeking values is one facet of the edge on which I live.

Affordability is an even more challenging issue. Cohousing is a “market rate” endeavor; it favors those who can already afford to buy homes. People’s definitions of “affordable” range from wanting to reduce their own cost of living, to believing that we must find ways to help people who can’t presently afford to buy homes to join our community.

Just how to achieve affordability is a puzzle to most cohousers, but is important given our penchant for diversity. Can we partner with local housing and community development agencies or apply for grant money to underwrite a portion of our development? Are those of us more able to afford housing willing to pay more than market rate for our homes so that those less able can join us in community?

“I am not a social service agency!” cries my inner egotist. That voice competes with one that decries the shameful inflation of real estate costs and the growing proportion of Portlanders who’ve been priced out of the housing market. Mary Anne and I struggle with the question of putting our money where our values are. We’re in our 50s. What can we afford to “give away” and how will that affect us in the long run? How much effort are we willing to invest to seek outside subsidies for others? Isn’t it stressful enough just getting “ours” built?

This is an especially painful part of the edge on which I live.

Is it worth it? It must be. Lots of people are chasing their own versions of this contemporary American dream. The Cohousing Association of the U.S. lists nine cohousing groups in Oregon, of which four are in various stages of formation, five completed. Washington’s 18 communities include 12 completely built. Books have been written about it and companies formed to design, develop and build it.

And I’m still here! Introverted, sometimes curmudgeonly and prone to self-absorption, I remain a champion of cohousing. I like the idea of saving a bit of the landscape from sprawling subdivisions, of living close to bus lines and letting the car develop some cobwebs, of sharing tools and time with people I know and care about. I’m drawn to the prospect of achieving enough privacy with deep social ties in a village of my own making. I love knowing a group of people who share my intense desire to create this kind of community in close-in east Portland.

Even as I struggle with its myriad challenges, I’m reaping cohousing’s benefits. Like the three-year-old who flopped on his parents’ bed and announced, “I am snuggling with Mary Anne and Catha and the cat!” Or the deep satisfaction, after a flurry of tension-filled emails, to read, “PS: I forgot to say, I love you.”

A writer friend sent me a nugget from the I Ching. In times of uncertainty, “security is found in sharing responsibilities with others.” If that’s true, then cohousing is about as secure a community as I can imagine.

Catha Loomis is a semi-retired community college counselor/instructor and a freelance writer. She lives in Portland with her partner, Mary Anne Joyce, with whom she shares the dream of making East Portland Cohousing a new Portland neighborhood. Catha welcomes questions about cohousing via email or phone: [email protected], 503-497-4606.