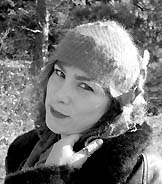 The word ritual is derived from the Sanskrit root r’tu, which can mean either “art” or “order”. Any creation of art or order from the chaos of unrestrained existence is a kind of magic.

From a calendar to a garden plot to a story that makes sense out of pain, ordering the world is what humans do. Much of our transformation may not seem especially sacred at first glance, but if magic is the art of changing consciousness at will, as Dion Fortune once said, then we are performing magic continually. Every time we cheer someone up or look at a tricky situation from an empowering perspective or choose not to believe a self-critical thought haunting our minds, we are intentionally directing awareness. The art and order we call ritual amplifies this natural collaboration between consciousness and creation.

In The Fifth Sacred Thing, Starhawk describes two worldviews, represented by two societies: a utopian collective where respect, creativity and spirituality thrive, and a totalitarian government bent on domination. She corresponds these cultures to states of consciousness she calls “el mundo bueno” and “el mundo malo”. As inner beliefs reflected outward, the good world exists to the extent that we remember to choose it. Most of us know the shift from one world to the other. When, on a certain day, we tire of long-held resentment, letting go into forgiveness, we shrug our shoulders and admit we’ve gotten over it. When a luminous sunrise touches our love of beauty and we decide to be done with a bout of depression, we say to a friend, “Life’s too short.” When we break out laughing in the heat of an argument, suddenly seeing ourselves as ridiculous rather than righteous, yet nothing has changed outside ourselves. Somehow, we opened the door to the good world and stepped through. We choose el mundo bueno because it feels so much better, satisfying our longing for freedom and ease. But we generally keep this magic a secret, even from ourselves.

Everything we experience, from thought to emotion to sensation, creates a neural path, connected to neural networks. The more we use specific paths, the more entrenched they become. Just as water running downhill eventually forms a gully, pulling more water into it as it deepens, so well-used neural patterns get so strong that they dictate the flow of perception. Neural patterns called “attractors” are like deep gullies in the watershed of the mind, pulling the raindrop of the moment into a well-traveled rut. Without attractors, every experience would be unique and the world always fresh; instead, we live with variations on themes. Our boss is like our mother, especially when she’s disappointed. Our relationship, which we made sure would be different this time, leads us to the same old impasse. No matter how many resolutions we make, change seems so slow, except for those moments when it happens like magic.

A friend called recently to ask about just such a moment. He had spent the past two weeks stressed out about work, where he’d been promoted. He suddenly realized he was stressing himself out and consciously stopped; to his delight, he felt much better. But now he started questioning himself. Was he just avoiding unpleasant emotions? Aren’t we supposed to work through the hard stuff? Could it be that easy? We sometimes find ourselves in el mundo bueno without knowing how we got there. But if we slow down and mindfully witness our responses, a series of choices championed by our natural preference for happiness may be revealed. Together, we traced his re-steps and found the moment of shift. Now mindful, he looked at the good world and the bad, evaluating whether he was missing something by choosing to leave the stress behind. He felt light-hearted, energized and confident as he turned his attention toward el mundo bueno, realizing that he would probably be more effective at his job from this state of being. He had stumbled on the secret: shift happens. And now he wanted to know how to do it on purpose.

It helps to practice if we hope to sustain states of awareness. For this reason, I’ve heard, devout Muslims keep the name of Allah on their lips, hoping that in a sudden crisis, the habit will be so strong that they will call on god without hesitation. Psychoanalyst Marion Woodman once described her personal approach to change: she’d place a simple symbol of her desired outcome on a small altar table and set it in the middle of her living room, where she would be sure to trip over it many times a day. In this way, she invited herself again and again to direct her attention precisely where she wanted it, building new consciousness on purpose. This small ritual is one of many powerful invitations to el mundo bueno. Through repeated enacting of our desires, we intentionally create attractors to pull the good world closer.

The Good Ritual Many people find the idea of ritual intimidating and mystifying. We’ve all been subjected to rituals so much about order—so little about art—that the aliveness we seek is barely there. Rituals conducted in Latin or filled with uninterpretable gestures or officiated by one person while the rest serve as audience hardly leave us feeling enlivened. To be potent, the content must be recognizable. More importantly, healing experiences should be participatory. And if you’ve ever attended a “new” wedding and failed to be moved by it, you’ve probably suffered the other side of the same coin. In our rejection of empty rituals from the past, we may neglect ancient, powerful conventions in favor of our private cosmology, which can land like inside jokes no one else gets. To be effective, any healing experience needs to balance personal and transpersonal meaning – the “I” of individual perspective balanced by the “We” of shared humanity. When the tools of ritual are kept simple and accessible, we can each initiate, honor, ground, release or rebirth ourselves throughout our life cycle. As a holistic practice, ritual works beyond linear understanding, invoking new neural pathways and preferred states of being. Through ritual, to paraphrase Gandhi, it is possible to live the change we wish to see in the world.

There is no need to adopt exotic systems or esoteric rites. Our longing for meaning and depth is satisfied by familiar representations of everyday miracles. Our child consciousness understands sacred play easily and naturally thinks in symbols: egg, blossom, stone, flame, bell, branch, water, cord and similar simple items are powerfully evocative. Acts such as breaking, burning, burying, binding, cleansing, anointing or adorning need little interpretation and, used mindfully, offer all we really need in our ritual tool box. Altered states are easy to reach through song, movement, breathing, bathing, feasting, fasting or sensory deprivation. Variations of these basic ingredients are found in rituals across the planet and through the centuries. A decade of facilitating ritual with hundreds of ordinary people has convinced me that there is something organic about this kind of creative expression. Catalyzing our natural self-healing abilities through purposeful experience is something we all seem to know how to do, given the opportunity.

But, as the saying goes, don’t take my word for it. Alone or with a trusted circle, experiment with calling el mundo bueno out of the shadows. Begin by bringing to mind your most open, nourishing and joyful experiences. Notice every detail of these experiences, which we could call “connection with the divine”. How do you hold your body, what mood or impulses arise, what ideas or memories come to mind? If you were to sustain this feeling for an hour, or a day, how would you do it? Next, ask, “What prevents me from living in this state of consciousness constantly?” Some answers will involve the outside world, your job, home, relationships, responsibilities or routines. Some answers will point to beliefs, habits or fears about life and love. Take an honest inventory of these limits on your natural aliveness, and select one you are ready to change. Make the change specific: rather than, “I want to move,” spell out exactly what a home needs to offer to support your evolution; rather than, “I want more love in my life,”let yourself really feel who and what opens your heart. Specificity is strong magic all on its own.

Now comes the leap into sacred play. Imagine distinct, tangible symbols of your chosen change. Go for dramatic, beautiful and vivid activities that make deep sense to you. Empower them and yourself by asking for help from any clear source of life force. Commit to repetitive practice to build your good world. For example, a client of mine decided to make a change in employment. As she explored her longing, she realized it wasn’t simply a new job she wanted, but an entirely different relationship to work—she was ready to step into a calling. She felt this as a kind of blossoming, so she chose to symbolize it with flowers. She had experienced similar power and freedom in her great Aunt, a truly original woman with a passion for her work. So she wrote her intentions in bright words on strips of her great Aunt’s old linen, wrapped them around fragrant hyacinth bulbs and planted them in a special pot, along with ashes from burning her current business card. She planted on the new moon, a time of renewal for her. Every time she watered the bulbs, she rededicated herself to her intentions. As the shoots grew, she was reminded to take needed steps toward actualizing the changes. Rather than feel overwhelmed, she allowed her good world to grow at a steady pace and confronted her self-limiting beliefs as they arose. She found the process as meaningful as the results.

Personal ritual invites change both profound and playful. Take your opportunities seriously, but leave room for experimentation. It may be an enormous shift in attitude to claim authority over your mood, sovereignty in your attention and the right to decide what is sacred. Stay mindful and just notice what feels right. Do more of whatever opens your heart, energizes you or feels true; let go of anything difficult or insincere. Above all, enjoy. The rule of correspondences says that magic is what it does—if it isn’t delicious, enlivening, expansive and real, it isn’t el mundo bueno.

Jessica Montgomery, MSW is a counselor, catalyst and ceremonialist in private practice. Drawing from an eclectic range of theory and practice, including eco-psychology and Hakomi psychotherapy, she amplifies natural evolution toward freedom, ease and joy. Organic, dignifying and mindful, her work uses embodied awareness to deepen the innate capacity for self-healing. She has supported individuals, couples in any combination, communities and organizations to make lasting change for more than two decades. Learn more at www.awakenings.cc or email Jessica at [email protected] To schedule a free thirty minute consultation, call 503.449.4978.