Madness and the Mental Health System by David Oaks

Madness and the Mental Health System by David Oaks 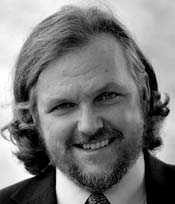 The recruitment room for what was to become my life’s vocation was a solitary confinement cell in a locked psychiatric ward at Harvard University. This was back in the mid-1970’s when I was a working class kid from Chicago going to Harvard on scholarship. As a freshman, I had begun entering extreme altered states of mind that, while scary at the time, I now feel privileged to have experienced.

Harvard officials weren’t so sure, and so it was that I found myself incarcerated in a psychiatric institution against my will. Several psychiatrists labeled me a “schizophrenic psychotic.” I recall the time a doctor on my ward sat down with me, looked in my eyes, and told me I had a genetically-caused chemical imbalance and I must take powerful psychiatric drugs the rest of my life. Though false, this was a devastating diagnosis for me at the time.

For refusing to voluntarily take these drugs I was dragged into a “seclusion room,” as it was euphemistically called. A group of staff held me down on a bare mattress on the floor and forcibly injected my butt. I’ve been on the “sharp end of the needle” of a forced psychiatric drugging more than once this lifetime.

Being held against my will in that solitary confinement cell affected the course of my life like no class or curriculum I ever took at Harvard. It came at a vulnerable time in my life, when I was solitary and desperate for empathy. I recall pounding on the steel mesh over the window and vowing that if I ever got out I would devote myself to human rights in the mental health system.

I did get out, and eventually a Harvard service agency referred me to volunteer with a social change movement that had begun in 1970 led by “psychiatric survivors,” as people like me called themselves. I graduated Harvard with honors in 1977 and traveled internationally, listening to hundreds of other psychiatric survivors. By comparison, I had got off easy. I read the medical records of my good friend, Ted, who had been forcibly electro-shocked at the age of six in an experimental program, and who then spent the next 11 years locked in a state institution. I read the autopsy report of a 12-year-old who had died following massive psychiatric drugging.

Since then, for the past 30 years I have worked as a human rights activist on behalf of people affected by—or at the receiving end of—the mental health system. From an office in Eugene, Oregon, I direct a non-profit organization called MindFreedom International that unites about 100 sponsor groups and affiliates in a dozen countries. We seek, in the spirit of mutual cooperation, a nonviolent revolution of empowerment, self-determination, human rights and alternatives in mental health care.

Whilst most of our members and board are psychiatric survivors, we made a choice to welcome concerned mental health workers, psychiatric professionals, advocates, family members and the general public into our organization, including in leadership positions. Segregation based on labeling the mind is one of the origins of psychiatric oppression. We decided that uniting with allies is pivotal.

Model of a Great Ally Loren Mosher (1933 - 2004) was a psychiatrist who was a splendid ally. At the time I made my vows in solitary confinement at Harvard, Loren was one of the key national leaders in mental health care, and held a position as Chief of the Center for Studies of Schizophrenia at the U.S. National Institute of Mental Health. We did not know each other at that time, but Loren was passionately trying to challenge exactly the kind of abuse I was experiencing.

Loren helped create “Soteria House” which, from 1971 to 1983, proved that promoting caring relationships with people in crisis in a non-authoritarian, non-medical environment produced better outcomes than the bullying, drug-addicted mainstream psychiatric system.

As courageous as creating an alternative center was, Loren did far more. Like civil rights activists who inspired our social change movement, Loren stood with us and spoke out. He agreed that taking action to challenge oppression was necessary. Following the examples of Martin Luther King, Jr. and Rosa Parks, we agreed that our resistance must be compassionate—but that we must all resist.

Trauma meted out by the mental health system may naturally lead to anger and distrust in some psychiatric survivors. To whom can we turn, when it is the healing profession itself that has wounded us? Unfortunately, far too often we take this anger out on each other. Loren drew the line at tolerating personal abuse or unethical behavior from psychiatric survivors. But Loren also realized that taking public action side by side with us, as challenging as that might be, was important for transforming the system, and for our personal transformation. Loren spoke to the media, to his fellow psychiatrists, to the public, to anyone about our human rights, and the truth about mental health care today. He planned with us. Laughed with us. Protested with us.

I keep the example of Loren Mosher in mind when I am getting to know an alternative or mainstream provider in the mental health field. I try to gently determine if this provider has taken any public action, no matter how modest, to better and humanize that system, even if that is simply a letter to the editor, a statement of solidarity at a party, or responding with the truth—in as loving a way as possible—to falsehoods heard from other practitioners at a professional gathering.

Many good alternative practitioners tell me, “Well, in my office, in my practice, behind closed doors, I provide clients empowering, supportive, gentle care that respects self-determination and recovery. But I do not speak out publicly.” How sad, this missed opportunity. Psychiatric survivors need their provider to be more than a “closed door ally.” To providers I say, I cannot tell you what way of breaking the silence is most aligned with your personal principles and inspiration. However, I can say that to be a truly great ally one must open the door and break the silence about the emergency of human rights violations inherent in the mental health system today.

And to psychiatric survivors I say, if you have rage at your care, I understand. I do, too. But remember that Martin Luther King, Jr. said, “Human salvation lies in the hands of the creatively maladjusted.” I am not perfect, but I try to find a safe place to express my anger with trusted peers who understand. However, when taking public action with one another and good allies, it is in our individual and collective best interests to creatively unite! In my three decades of experience, I’ve seen division among psychiatric survivors be a preventable obstacle to the nonviolent revolution in mental health care that is so desperately needed. Forgive one another. Unite.

MindFreedom is pro-choice about personal health care decisions, and many of our members choose to take prescribed psychiatric drugs. Others like me do not. But we are united in speaking out about the immense power and domination of the psychiatric drug industry today that is squeezing out choice. The mental health system is now targeting the general public—especially youth through “screening programs”—for inappropriate and sometimes brain damaging psychiatric drugging without adequate informed consent, advocacy or alternatives. This biopsychiatric model of labeling, over-drugging and electroshock is now globalizing into poor and developing countries.

Locally, nationally and internationally there are many opportunities for allies to unite with mental health consumers and psychiatric survivors who are building alternatives and taking action toward a nonviolent revolution in mental and emotional well being. Please, seek out these opportunities, and lead in your own way. I hope you are warmly welcomed, because we need at least 1,000 more Loren Mosher’s!