“Loyalty in character means absolute obedience that does not question the results of the order nor its reasons, but rather obeys for the sake of obedience itself. Such obedience is an expression of heroic character when following the order leads to personal disadvantage or seems even to contradict one’s personal convictions.” —Rudolf Hess, 25 February 1934, in a speech to youth, “The Oath to Adolf Hitler” 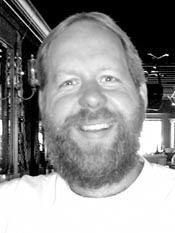 In Colorado’s Overland High, students hear their teacher make a request: that they ponder today’s politics, consider options and be open to thoughtful analysis. Upset, one student feels the assignment breeches loyalty to leaders and country. Does the student ask the teacher about it? Do his parents follow traditional protocol: calling the teacher and, if still unhappy, the teacher’s immediate supervisor, and if that’s unproductive, the school’s chief administrators? No, the student chooses a more tortured route. He tapes a part of the conversation on his MP-3 player and gives it to a conservative talk-radio host. In today’s torn social fabric, airing this material on the arch-conservative Mike Rosen radio program is a far more effective instrument to confront, intimidate and stop his teacher from raising political and free speech issues.

While overt expressions of patriotism are welcomed in classrooms around America, dissent is not. Not even dissent in the form of two-sided, thoughtful analysis of the current state of politics in this nation. Most teachers like Jay Bennish carefully preface their discussions with disclaimers such as what was reported by the LA Times: “According to the transcript, Bennish concluded by telling his students: “I’m not implying in any way you should agree with me. What I’m trying to do is to get you to—think about these issues more in depth.” He thanked them for asking questions.”

Now that Sean Hannity, Joe Scarborough, Bill O’Reilly and the “new world order” of selective freedom-of-speech advocates excoriate Jay Bennish, what will teachers across America do? They may well be tempted to hide. Far safer to avoid the politically sensitive or tough discussions and thoughtful essay assignments, turning instead to sterile fill-in-the-blanks and multiple-choice questions. Mundane is good, mindless is better and sheep-like behavior is the safest of all.

According to Mr. Bennish’s critics, there needs to be more “balance.” There needs to be “two-sides” to all issues. Mr. Bennish DID provide balance, just not the kind that the bullies of manipulative media want. In truth, it was President Bush who misled the American public about Iraqi weapons of mass destruction and the connection between Saddam Hussein and 9/11. It was he who fought the creation of a 9/11 panel, and he still refuses to make public the data, ranging from the secretive energy meetings between VP Cheney and big oil to the contrived “intelligence” designed to start the war on Iraq. These are not fabrications brewed up by some liberal schoolteacher, they are facts. But in War-on-Terror America, facts themselves are apparently terrifying.

Search your own memory. Remember when the press played the clip with President Clinton stating, “I did not have sexual relations with that woman”? I’d be rich if I had a nickel for each time that quote played on television and radio. It was “burned” into the collective memories of most citizens. Well, why don’t we hear and see important quotes of President Bush lying, over and over again, in our supposedly liberal press? There are many such quotes. For instance:

How dare the press not play these and other pieces of revealing and informative news data over and over and over again, like they did Clinton’s quote? Where’s the balance?

Teachers like Jay Bennish want our young students and citizens to be equipped with the keystone of “Democracy 101”, the ability to take diverse data and intelligently analyze it in a process of thorough and critical thinking.

Instead, we have a press that is, for the most part, playing the role of lapdogs or attack dogs for the most corrupt administration in United States history. We have an extreme talk-radio culture that thrives on lies and intimidation. Yet the likes of O’Reilly’s sexual harassment, Bill Bennett’s gambling follies, Limbaugh’s illegal drug purchases, Hannity’s shameless manipulation of Terri Schiavo’s health condition—are all ignored. And now, we have students who are actively urged to secretly tape their teachers, and deliver them up to these same corrupt pundits who then act as judge and jury as they act out the most obvious and unapologetic agendas on hate-filled talk-radio, with millions of compliant Americans listening in.

Rudolf Hess’s speech to Nazi youth back in February of 1934 is eerily replaying itself in 2006 America. So-called patriots who hate everything from common sense to free speech wrap themselves in the American flag, even as they undermine the Constitution and Bill of Rights. Meanwhile, citizens who dissent and take actions that President Thomas Jefferson called “the highest form of patriotism” are scorned and vilified as enemies of democracy.

I have taught for 25 years and I have now seen dialogue and truth replaced with dangerous blind faith. From denial of global warming to the teaching of intelligent design, we have entered an era where the foundations of democracy are not being chiseled away but openly hacked down, degraded and destroyed.

When people, adult and children, cannot back up their accusations, they rely on the frightening rationale of “just because.” Facts no longer matter where ideology is blindly and dangerously driven by an “absolute obedience that does not question the results of the order.” The results of this ideology were irreversible and catastrophic for Germany in the decade of fascism that followed Rudolf Hess’s speech. Our own society faces a similar path if citizens do not stand up for higher principles.

Teachers like Mr. Bennish, who refuse to give in to this hateful and intimidating atmosphere of fear are doing their part. Will the rest of us? Will we stand up for our Liberty and theirs? I know good teachers everywhere will refuse to run and hide and will continue to teach the truth with courage and conviction. Jay Bennish did.

John F. Borowski is a proud educator of 25 years who teaches children to think about environmental issues. He may be reached at [email protected]