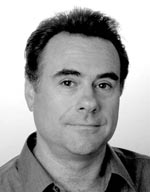 When I hear Let’s Call the Whole Thing Off in my mind’s ear, I do not envision Shall We Dance, the 1937 film for which George and Ira Gershwin’s innocuous ditty was composed. I don’t see Fred Astaire gliding across the screen like a Stars-and-Stripes Baryshnikov, crooning away to Ginger Rogers in his remarkably lackluster yet endearing timbre about foodstuffs, elocution, and compromise. No, I hear a more dissonant version, a harrowing cacophony of electronic feedback, a gravel-screeching howl of horror.

Why such extreme consternation? If you haven’t crossed over to the other side, peered into the dark history of the tomato, you might think I am overreacting—maybe I should do some deep-breathing exercises; down a shooter of Patron Silver, or something even stronger.

Only when you understand how the tomato became the anemic red sauce on your plate of Mostaccioli Marinara, its succulent flavor transformed into lifeless vegetation like so much of the monochromatic, mass-produced experience endemic to our times; it is only at that exquisite moment of clarity that you will understand my anguished howl, why, indeed, “I SAAAY TAAA-MAAAAAY-DOE!”

A Dark History No one knows exactly when the first tomato popped out of the earth and into the mouth of a human being. However, botanists do know that tomatoes have grown wild in the Andes Mountains for centuries along the west coast of South America throughout what are now Ecuador, Peru, Bolivia, and Chile. Cultivation began as early as 500 A.D., spreading from the Incas through Central America to the Aztecs in Mexico.

By the 16th century, a fateful amalgam of human curiosity, greed, and European sailing ingenuity incubating 7000 miles across the Atlantic was about to impinge upon the tomato’s idyllic existence. Besides pillaging tons of gold and silver from the New World, invading conquistadores returned to Europe with a cornucopia of unfamiliar vegetables such as corn, chili peppers, lima beans, and an exotic, green leafy plant bearing strange, crimson fruit no one knew what to do with or even how to pronounce. In their native language of Nahuatl, the Aztecs called it tomatl, which became tomate by the time the Spanish wrapped their collective tongue around it.

Along the Mediterranean, the tomate soon gained a colorful reputation as an aphrodisiac. The French even named it La Pomme d’Amour (the apple of love), while the Italians raised a glass of Chianti to La Mela di Orr (the apple of gold). By the time it arrived in England, the tomate became the English tomato, which some etymologists suggest was influenced by the potato—note the “e” added to the plural form in both words.

But the tomato’s notoriety became infused with danger the further north it migrated. The German’s called it Wolfpfirsich (wolf peach) because the fruit closely resembled belladonna, a poisonous herb that unleashed hallucinogenic visions when ingested in small quantities. Tales from German folklore describe witches using belladonna for lycanthropy, the custom—rarely practiced today outside professional American football—of transforming otherwise normal men into werewolves. The link between tomatoes and werewolves persists through its botanical name, Lycopersicon Esculentum (Latin for “edible wolf peach”), so ascribed by Carolus Linnaeus, the 18th century Swedish botanist and father of modern plant taxonomy.

In the late 18th century, the tomato crossed the Atlantic again, this time landing on the east coast of North America just a couple of thousand miles from its origin. Although still not widely accepted as an edible food among Anglo cultures, French-influenced New Orleans Creoles began to change all that by incorporating tomatoes into their jambalaya and gumbo. Thomas Jefferson and peanut magnate Washington Carver chimed in as well, assuring the American public the luscious fruit of the tomato was safe to eat.

Did I say fruit? Indeed I did, as a new chapter was about to unfold in the unrelenting controversy that has followed the tomato since its “discovery” in South America three centuries earlier.

The Culinary Case of the Century Fruit or Vegetable? That was the momentous legal question the United States Supreme Court would answer on May 10, 1893 in the dispute between Edward L. Hedden, tax collector for the Port of New York, and produce importer John Nix, who claimed the tomato was a fruit. Nix sued Hedden to recover tariffs paid on a shipment of tomatoes he imported from the West Indies under the Tariff Act of 1883. The Act required a 10% tax on imported vegetables, but nothing on fruit. Nix argued that tomatoes should be classified as fruit because fleshy fiber envelopes its seeds, as distinct from vegetables comprised of roots (carrot), bulbs (garlic), stems (asparagus), leaves (spinach), and flowers (broccoli).

After expounding at length on the relative attributes of a cornucopia of plant life ranging from apples to zucchini, Justice Horace Gray delivered the Court’s ruling: Despite the plaintiff’s sound botanical reasoning, the Court would nix Mr. Nix in favor of defendant Hedden based on the theory of “common speech.” Simply stated, vegetables are consumed with savory courses, while fruits are served afterwards for dessert. Because tomatoes are never incorporated into desserts—at least none had in 1893 America—an analysis of common word usage proved once and for all that the tomato was indeed a vegetable. Did the Court rely on indisputable logic, a coin toss, or payola? You be the judge.

The Tomato in the Modern World Tomato processing in the 1920s required new, industrialized packaging techniques to meet demand. But the tomato’s burgeoning popularity came at a price. As petroleum-fueled distribution systems enabled shippers to transport larger quantities of produce over greater distances, commercial tomato breeders emphasized machine-friendliness over sensual considerations like flavor and texture. The canning process required tomatoes remain firm, have tough outer skins, and yet peel easily.

Warning: Do no read any further and go to the last paragraph if you object to graphic descriptions of vegetable abuse.

Once the tomatoes are mechanically sorted and graded, they’re ready to peel. At home you can easily remove the skins by submerging them in boiling water for about a minute, but commercial tomatoes are skinned with potassium hydroxide (lye), the same ingredient used to etch semiconductor chips. In Liquid Plumber, potassium hydroxide clears clogged drains. After the skins are disposed of, into the can they go, topped off with a little puréed tomato, a splash of citric acid—which fends off botulism but counteracts natural sweetness—and a dash of calcium chloride to promote firmness. Italian cooks disdain tomatoes spiked with this veggie Viagra because it prevents the fleshy fibers from breaking down and coalescing into a sauce during the cooking process.

Commercial tomatoes shipped directly to market are treated a bit differently, if not more appetizingly. Whereas canning tomatoes are picked ripe, tomatoes designated for market are picked green and hard, well before the ripening stage, to minimize spoilage and bruising during shipping. They are then transported to distribution centers and held in morgue-like cold storage for up to a month, depending on market demand.

Before arriving at your local grocery store, the still-green tomatoes are sentenced to two weeks in an ethylene gas chamber to artificially stimulate ripening. Because they have been severed from the vine and isolated from their natural milieu of sunshine, water, and nutrient soil, these tomatoes will never attain that wonderful balance of sugars and acids that make fresh, organic tomatoes so sensually pleasing.

Finally, the pallid-red vegetative matter is sealed in a coat of wax like a funeral-ready corpse. Pesticides and genetic modification? Don’t get me started. Maybe the tomato was better off when werewolf slander and vegetable/fruit identity issues were its main worries.

I would finish with a quote from Shakespeare describing the sublime flavor of local, organically raised tomatoes, but the English spent 200 years just looking at them, never taking a bite. The results of a computer search of the complete works of Shakespeare shows roses are mentioned 111 times, but alas, the tomato languished on the vine, unnurtured and unrevealed by the light of the Bard’s divine prose. Had Willie ‘da Shake (Guillermo Shakesperio?) been born a little closer to the Mediterranean, Sonnet 54 might have sounded something like the following. I replaced six of the original words (in parentheses) by italicized, tomato-friendly counterparts:

O, how much more doth beauty beauteous seem By that sweet fruit (ornament) which truth doth give! The tomato (rose) looks fair, but fairer we it deem For that sweet flavour (odour) which doth in it live. The canker blooms have as deep a dye As the succulent (perfumed) tincurte of the tomatoes (roses), Hang on such thorns and play as wantonly When summer’s breath their masked buds discloses: But, for their virtue only is their show, They live unwoo’d and unrespected fade, Die to themselves. Sweet tomatoes (roses) do not so; Of their sweet deaths are sweetest flavours (odours) made: And so of you, beauteous and lovely youth, When that shall fade, my verse distills your truth.

Rick Marianetti is a freelance writer and American patriot living in San Francisco. Rick welcomes your comments at [email protected]