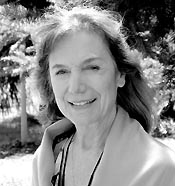 There have been small pockets of creative individuals throughout history who have changed the face of civilization. How, we might wonder—at a time when many of us feel the need to have more of a voice in what is happening to the earth and the creatures—can just a handful of creative people have such an impact? These small groups are in fact part of a long tradition of artist/healers who are not powerful in the ordinary ways of wealth, industry or politics, but whose imaginative thoughts change our ideas and move our world.

Fifty years after the last meeting of the Inklings, the literary fellowship founded by J. R. R. Tolkien in 1936, the books of Tolkien and his friend C. S. Lewis are still affecting us deeply. Who in our generations have not woven the fabric of our being together with Tolkien’s stories of hobbits, elves, men, wizards and ents; or with the adventures of the four children and the Lion of Narnia? Tolkien and Lewis both expressed the fact that they would never have finished their books without the support of their fellow Inklings. As Tolkien explained, it was not so much about specific suggestions for his writing as it was the interest and eagerness of these friends that encouraged him to believe that his writing was more than just a personal hobby, and that it should be completed and shared. Their gatherings every Tuesday morning at the Oxford pub they called “The Bird and the Baby,” and in Lewis’ rooms at Magdalene on Thursday evenings, became the seedbed of some of the richest imaginative story-making of the last century. Here we find a constellation of friends who inspired one another through their love of ideas and of the imagination. (Interestingly, in the late eighteenth-century, another pact between literary friends, Samuel Taylor Coleridge and Williams Wordsworth, produced the Lyrical Ballads, a body of work that is said to have started the Romantic movement—which, in part, founded the Inklings over a hundred years later.)

To think of being a clique or power group was alien to these friends. Tolkien made the group’s purpose clear when he wrote, “We are partners in delight.” He was certain that Art had nothing to do with the pastimes of Mordor, the realm of the dark lord clearly drawn in The Lord of the Rings—that is, of seeking domination over or manipulation of others, and of overtaking the earth with a mechanized order. True artists were much like the elves who fulfill their hearts’ desires by seeking what Elrond described as the purpose of the three Elf Rings, that is—Healing, Understanding, and Making.

For the Inklings, whose educational and religious backgrounds varied greatly, the other founding purpose was friendship, but friendship with something remarkable about it. Tolkien explains it simply: we are all offspring of a Maker, and each of us carries the power of a maker in our souls. This core belief in the divinity of humanity and of the imagination echoes through all time, and can be found repeated in the other small world-changing groups such as that of Pythagorus’ community in fifth-century BC Crotona, Italy, or of Dante’s Fedele D’amor fellowship in thirteenth-century Italy, or of the Medici Academy at Careggi in the fifteenth-century, the gathering place and birthplace of the Florentine Renaissance.

Marsilio Ficino, guiding spirit of Careggi, called the small gathering of artist/healers a Convivium. What came out of these meetings was a service to life. In fact, Ficino and his group were known as the “friends of humanity.” This gathering, as he tells us, was always composed in number of no less than the Graces (3), and no more than the Muses (9)—though it could be larger on occasion. So we are not looking for a crowd here. The group’s format was flexible, allowing for the unique expression of those present.

Care was taken that the meeting would not take the form of a leader with a congregation. While that model is appropriate in church, the Convivium fulfills a different function. Noel Cobb, archetypal psychologist and editor of the “Sphinx” journals, translates Ficino’s original Italian definition of this “once and future” gathering thus: “The Convivium is rest from labours, release from cares, and nourishment of genius; it is the demonstration of love and splendour, the food of good will, the seasoning of friendship, the leavening of grace and the solace of life.” As Cobb tells us, each individual in attendance would bring a passionate devotion to an art or a branch of learning. Ficino, himself the original translator of the Platonic texts from the Greek, would often bring out his lyre and sing in accordance with the energy of the hour and of the stars. Here was an experience that had no sense of short-term gain, no rushing to publishers or the marketplace, but of lifetime creation and a touching into the enduring forms of beauty. Such a gathering has always been intimate and soulful, a celebration of life.

Consciousness in Time of War You might think that to relax and celebrate, at a time of war and destruction like ours, betrays a fundamental misunderstanding of the situation we find ourselves in. But let’s remember, Tolkien lived through two world wars, yet he remained deeply concerned about the natural places and the creatures, which were already beginning to be at risk of destruction in his time. In the midst of crisis, he never failed to make an occasion for friends to share what had inspired them. Through visions he experienced the interconnectedness of life, and of humanity’s oneness with the divine (he had a vision of all humankind as extensions of the rays of God). He knew that finding the great creative thresholds of our hearts where our deepest resources reside touches the heart of the world as well. So to him, cultivating the creative imagination with its divine vitality and its kinship to all life was akin to lightening the world.

Consciousness can affect the world for better or worse. Tolkien demonstrated this knowing in his writing—making clear the effect of consciousness upon the landscape. From the wretchedness of Mordor, “a land defiled, diseased beyond all healing, filled with pits and forges,” to Lothlórien, the “land of the singing gold”, a place of abundance in blossom all year, he illustrated the fruits of the consciousness of all the races of Middle-earth.

Through his story-vision, Tolkien presaged recent scientific findings regarding the effects of consciousness upon the world. One of the most recent researchers, water scientist Masaru Emoto, has shown us his book The Hidden Messages In Water, the photos of water crystals taken under a dark field microscope after the water had been subjected to both positive and negative thought-input from humans. His visual documentation of the results demonstrates the transformative effects of human energy, thoughts, words, ideas and music, and supports the hypothesis that consciousness does indeed have the power to change life down to atomic structure.

And now the Princeton EGG experiment computers search for “hidden messages from the Earth” in the coherent patterns that form from the random numbers generated by an Electro-Gaia-Gram (EGG), an electroencephalograph-like instrument for the planet. What, Dr. Dean Radin asks, does the Earth reveal in these experiments? That when comparing the intensity of patterns that result from destructive energy, terrorist activities and celebratory activity—celebration clearly has the most profound effect upon the earth.

Our Own Convivium So what exactly would a gathering, a Convivium, in the tradition of the Inklings or of the Academy at Careggi look like to us? How do we manage making a place for it?

In the way of the Inklings and their lineage, it would seem that we must first remember not to take ourselves too seriously. Significantly, Tolkien liked the name “The Inklings” which he found to be a “pleasantly ingenious pun in its way, suggesting people with vague or half formed intimations and ideas plus those who dabble in ink.” The Inklings would not have been interested in being members of the “Great Writers Club” if there had been one; and they spent little time debating and philosophizing on what is Truth because they preferred experiencing truth through art, a means of encountering the thing itself. So whether it be writers, singers, dancers, healers, painters, gardeners, sculptors, chefs, poets, musicians or any other kind of artists who come together, the basic idea is to let each person who wants to share take the floor. The rest of the participants enjoy the offering through deep listening, and respond afterwards if they are moved to do so. In the case of the Inklings, being a literary fellowship, some would read from a favorite writing they discovered. Others would read from their own writing. And still others would not bring anything at all to share but would take part in the conversation and the festivities.

Our own beginnings of a Convivium may start with a simple sharing of something that inspires us or opens our heart (description of a sunrise, or a poem we found), or something we have created, during an informal conversation with friends who share similar inner sight. It may mean dusting off an old creative project we’ve put away for safe-keeping, or it may mean striking up a long-time coming conversation with the muse, and beginning that long dreamed of work.

If Tolkien were our muse, he would remind us that it is our own voice that needs to be added to the great Song, for we are co-creative gardeners in this universe, and if we will make an offering into Creation then we actually contribute to the greening (or effoliation) of the world.

In Tolkien’s and Lewis’s case, there were not enough books of the kind they liked. As Tolkien explains in his letters, when they realized this, Lewis spoke his now famous line that began the two on the road to writing their most beloved books: “Tollers,” said he, “there is too little of what we really like in stories. I am afraid we shall have to try and write some ourselves.” The result of this pact provided the foundational books that allowed an entire visionary genre to come to full flower, that of High Fantasy. And their creative commitment provided us, in succeeding generations, with a lifetime of manna for the imagination.

Through their journals and by demonstration, Tolkien and Lewis have extended an invitation to us to take up a time-tested and venerable tradition—but first, as Jean Houston reminds us, we must overcome the cultural bias to limit our own deepest vision. (In past eras, such a bias included execution and assassination. Both Crotona and Careggi, for instance, were burned to the ground!) Today, in our country, we don’t have this danger as an excuse to silence our musings, and the world needs our deepest participation more than ever.

Join me then in a reverie with our innovative friends, the Inklings, as we accept their invitation. Do you hear the familiar sounds of the gathering? Tolkien sitting in our midst. The voices are quieting, the Convivium is about to begin, and C. S. Lewis beams his warm and robust welcome, addressing the group as he always did, “Who will begin?”

A healer for nearly two decades, Darielle Richards, Ph.D. is a holistic psychologist, counselor, and teacher of self-healing through dreamwork and energy medicine. She has offices in Salem and Dallas and offers on-going dream circles and training seminars for professionals. She first discovered J. R. R. Tolkien in the 1970’s while she was still an undergraduate. Darielle had been searching for a magical tradition that was indeed hidden—one whose creative approach was respectful of the parameters established by the biosphere, and that emanated from the deep wisdom traditions. She began piecing together the clues, tracing the footsteps of a lineage of venerable and colorful individuals of which Tolkien is a lively part.

Learn more about Darielle at DreamOracle.net or email her at [email protected]