Right Use Of Language By Don Clarkson

Right Use Of Language By Don Clarkson 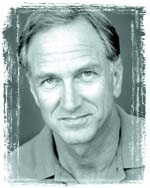 Right Use Of Language

“If you don’t care enough to speak properly, you don’t deserve what you’re asking for.”

I gave up on the whole mess of trying to instruct humanity in the right use of language a long time ago, and now my groaning is barely audible when I hear someone say “I should have went there...”, or “It don’t matter.” I have a degree in English and once spent several years on the forefront of this battle as a teacher, but in recent years have been content to be a mere psychic and coach, without the authority or desire to instruct on language.

Though I have no ambition to martyr any more of my precious time in the struggle for proper syntax, I do have some ammunition for the cause that stems from my 25 years of study in the ancient Tarot. I have participated in an ongoing course through Builders of the Adytum (BOTA; www.bota.org) and wish to pass on some of the teachings about the Tower card, which rules the function of speech. Know that I have spent dozens of hours in study, reading, meditation and exercises on this card, so to reduce its meaning to a few lines is impossible. Still, a few words about the concepts are in order.

The Tower itself has 22 courses of bricks, just as there are 22 letters in the Hebrew alphabet, the foundation of the Tarot. In short, the symbology of the Tower holds that the structure upon which we build our life is quite literally language, the main element that separates us from the lower animals. Much can be inferred by the fact that the Tower is built of clay bricks, not stones, and this is why it is shattered with a lightening bolt. The unstable bricks can be thought of as wrong use of words upon which you have built your faulty tower. (Note: the Tower of Babel in the Old Testament also involved non-communicative language and was built of clay bricks.)

The Tower card relies strongly on the Biblical notion, “In the beginning is the word.” Books have been written on this difficult concept but from the Tarot perspective it is very simple. I usually summarize the concept by saying, “First you have to be able to describe what you want orally.” All manifestation in our life must begin with a picture in our mind of what we desire. It has to be describable . . . definable. As humans we primarily do this with words, unless we are gifted artists.

Choosing the correct words and in the proper order is extremely important to attract the attention of the subconscious, or, in Huna terms, the Lowself. Lowself knows language properly from what we have learned in school, but also from a level below the conscious level...a vibrational or rhythmic level. Lowself knows what is correct language, even if we consciously screw it up, because language developed out of the subconscious in a systematic way. But when we do mess up, we send conflicting messages to Lowself which cannot then go out and manifest what we think we are asking for. In short, our message, improperly spoken, ‘does not compute’.

Here is another way to explain it in even simpler language, bordering on the rude: If you don’t care enough to speak properly, you don’t deserve what you’re asking for. I’m reminded of my annoyance at college professors in the English department who were very rigid about how papers were to be written: double spaces, pages numbered, yada, yada, yada. Now I face the same apparent nonsense from editors as I try to publish a book. For God’s sake, ten pages of rules just on the format of the text?! But I think the same rule applies: If I don’t have enough care and focus on something this simple, perhaps my very thoughts are suspect. It’s all about Focus and Attention, as shown in the first tarot card, the Magician.

I’ll end with a quote from my studies, knowing I’ll burn in Hell for profaning the entire Western Mystery Tradition by sharing with the Uninitiated (as the course would describe you, the reader) . . . but what the Hell.

“All control of thought is word-control, because every definite ideal can be put into words. Thus, when we say that health, happiness and success come through right thinking, we mean that these desirable conditions are made manifest by right use of language. Conversely, the conditions of sickness, misery and failure follow wrong use of words. Our house of life is built of words and we must be wise in the selections and arrangement of our materials.”