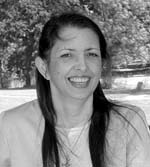 As a patient, I know what it is like to suffer needlessly. As a mother, I know that disabilities and sickness strike indiscriminately. As a Grandmother, I know we must protect this valuable medicine so it will be available for all of us. As a citizen, I stand up because I care.

Many Oregonians have thanked me for my involvement in passage of last year’s Senate Bill 1085, which amended and clarified Oregon’s Medical Marijuana Program. I have also been harshly criticized for helping to remove the ambiguities within our law. The most important change SB-1085 made was giving the ownership of all medical marijuana produced, and marijuana plants grown, exclusively to the OMMP patient. The Oregon Medical Marijuana Act still allows patients to grow their own medicine and assign a caregiver to help them. A patient can assign their grow site card to their own location, the location of their caregiver, and now, to a person responsible for their grow site location. Patients can reimburse their caregiver or grower for the actual cost of electricity and garden supplies used to produce their medicine. Caregiver and growers must work on a voluntary basis—they cannot charge or be compensated for their time or labor. And finally, caregivers and growers must surrender all medicine and plants to their patient upon request.

This is a good law, given what we are up against with current federal law. I believe that, for our program to have any credibility, we must separate the issue of medical marijuana from the legalization of marijuana. Over the last six years, I have stood against many attempts to take this program away from patients. This includes the 2004 ballot initiative Measure 33 that would have established dispensaries in Oregon. Giving ownership of the medicine to the caregivers and growers would have caused the same problems for us that it is causing in California, problems that threaten the survival of the program.

Although I strongly believe marijuana laws need to be revisited so that we can stop putting people in jail for something that should not be a crime, I cannot condone using sick and disabled people as pawns in this war on drugs.

It is my belief that there needs to be a way for all patients to access medical marijuana, but dispensaries like in California are not the answer. Prohibition and the black market have increased the street price of marijuana beyond what most patients can afford. As long as the price is artificially inflated by marijuana’s prohibition, medical marijuana will never be sold at a reasonable price. California dispensaries are selling marijuana for higher prices than on the black market: a price that rivals that of gold. We need to stop the gold rush!

During the 2005 legislative session, SB-1085 had strong bi-partisan support in both houses, and had strong support from the Oregon law enforcement community. SB-1085 created bright clear lines that both law enforcement and patients could understand.

Patients can freely “give” their excess medical marijuana away to other cardholders, but it remains illegal to sell marijuana to anyone in Oregon. Caregivers cannot decide how much medical marijuana their patients will receive from a harvest or decide where the excess medication will go. Caregivers should never charge their patients for their medicine by the ounce. It’s against the law! All medicine belongs to the patient.

Medical marijuana has medicinal properties that are unlike all other medications. One patient experience I had just after measure 67 passed illustrates how badly this medicine is needed! A woman called and set an appointment for her husband who has cancer. They rescheduled their appointment because on the way over they ended up at the hospital. When I opened my hotel door, I wasn’t prepared for this man who was a ghastly grey color. I’d never seen that color on a living body. His wife helped him to the nearest seat in the room. The intensity and desperation was like a heavy fog. I handed him a small pipe. He inhaled. I witnessed color come back into his face as he gave the “Honey I’m OK” glances to his concerned wife as his breathing improved. I witnessed the tearful relief in her eyes as she saw his glances. This man regained his quality of life and was even able to return to his Sunday school class duties.

Medical marijuana must be protected for all of us because of the relief it gives to so many. No matter who you are, a sickness or disability can happen to you or to a loved one. Medical marijuana may not be a cure, but for over 14,000 registered Oregon Medical Marijuana Program patients, it means a better quality of life.

I would like to give a special thank you to Oregon caregivers and growers who selflessly help patients grow a garden and have the medicine they need. I would also like to invite anyone that would like to help a patient with their garden to become a part of this wonderful program.

If you would like more information about Oregon’s Medical Marijuana Program or about becoming a registered cardholder or caregiver, please contact the Stormy Ray Cardholders’ Foundation at 503-587-7434, or visit our web site at www.stormyray.org God Bless Oregon for this great program!

Stormy Ray has been active in the movement to legalize marijuana for the purposes of medical treatment for over a decade in Oregon. She was a Co-Chief Petitioner for Measure 67 that became the Oregon Medical Marijuana Act (OMMA) in 1998. The Stormy Ray Cardholders’ Foundation is a non-profit Oregon medical marijuana information and support organization dedicated to helping patients utilize this law. Stormy currently serves on the OMMP’s Advisory Committee on Medical Marijuana. Stormy has represented “patients” on the Oregon Medical Marijuana Program (OMMP) Advisory Committee convened 3-23-06. She has served on the Oregon State Rehabilitation Advisory Council for two Governors, and the Federal Disabilities Determination Advisory Board for four years. As president of Malheur Butte Productions, a non-profit disabilities awareness organization, Stormy worked to help improve access, inclusion, and awareness for Oregonians with disabilities. She is currently the president of the Stormy Ray Cardholders’ Foundation (SRCF). As a non-profit, the Stormy Ray Cardholders’ Foundation is successfully helping Oregonians understand what this medicine means to patients. www.stormyray.org